5 days of SALES! ONE SMOKING HOT FAIRY TAIL for 99 cents on Kindle!

For the next five days. 7-27 to 7-31, ONE SMOKING HOT FAIRY TAIL will be 99 cents on Amazon Kindle. So if you have a Kindle device or Kindle app, you can read Book One in The Water Kingdom Series for nearly free!!!

Here is a new 5 star review on Amazon:

By Ashley Barnard on July 25, 2017
Format: Kindle Edition|Verified Purchase
Kevin James Breaux, known for dark, epic fantasy novels, takes a marvelous turn with a lighter—but sexier—fare in One Smoking Hot Fairy Tail. Breaux turns pop culture, in True Blood-esque style, on its head by metamorphosing panty-flashing, paparazzi-hunted starlets into smart, sassy, non-human entities in disguise and pitting them against dangerous drug lords who depend on magical essence for their products. The cast features fairies, vampires, werewolves, water nymphs, and something special that I refuse to spoil—suffice it to say that Breaux takes an old, common monster trope and gives it a much-needed infusion of modernism and sexiness that comes as a complete surprise. While the book is a departure from Breaux’s preferred fantasy-horror genre, fans will still appreciate the dark overtones and the exquisite descriptions, as well as some pretty smoking hot sex scenes. Vampire-biting foreplay, anyone? Yes, please. My only advice would be that he embrace the popular vernacular rather than relying on old-fashioned euphemisms in his erotic passages. While the characters aren’t afraid to call a spade a spade in their own dialogue, the narration over-avoids offensive language (thankfully without using “purple” prose). Nevertheless, the passages are definitely erotic, and the dialogue is sharp and witty. It’s a refreshing to read about tabloid-grabbing starlets using all the gossip and photos as a device to hide their “real” selves under these false media personas, and that they’re actually intelligent, brave, ass-kicking women who own their sexuality and use it to empower themselves. And the fact that some of them have wings is an added bonus. 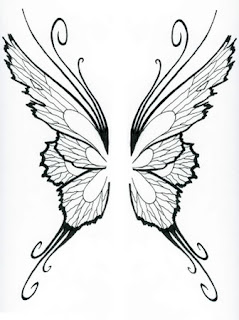 So grab it fast. Read it and please review it.

Kevin James Breaux
www.kevinbreaux.com
Posted by kevinjamesbreaux at 6:00 AM No comments: